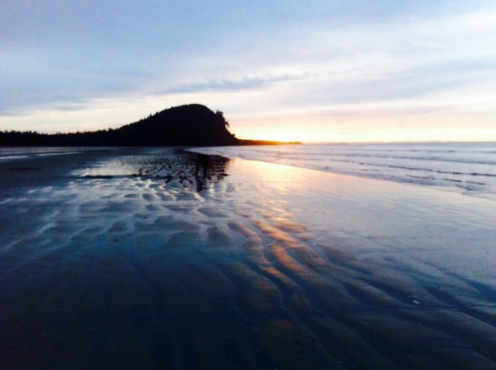 ‘The relationship between Haida Artists and Haida Gwaii is rather like the formline of Haida art- the black line may thicken or thin but it always remains connected.”
Marianne Jones of the Taas Lanaas people “Raven Travelling: Two Centuries of Haida Art”
VAG

2021 brings transformation to Ravens, Eagles, Polka Dots. The Truth and Reconciliation Commision Report in 2015 and the continuing emergence of historical inequities toward Indigenous people in Canada has deeply influenced our casual relationship as friends and business partners. We have decided to formally create intentional, legal boundaries to define a relationship that was originally based on food, friendship and a ‘handshake’. We want to recognize the history of trauma placed on Indigenous people in Canada by demonstrating one way to move forward together; documenting respectful collaborative principles.

Reg maintains all legal ownership of his artwork. Reg designs the screens and Wendy makes the garments, prints them and sells them.

It is Wendy and Reg’s hope that Yáahl, Gúud,Tsai will celebrate Reg’s art and will stand as an example for how to collaborate in an environmentally, culturally respectful and responsible way.

“But if we make a concerted effort … then eventually we will be able, some day, to wake up and, to our surprise, find that we are treating each other in a way that was intended when contact was first made.”

Gyaaging.aay  CRESTS: Gyaaging.aay are a coat of arms representing a clan or individuals within a clan, telling of a person’s lineage and place within the society. 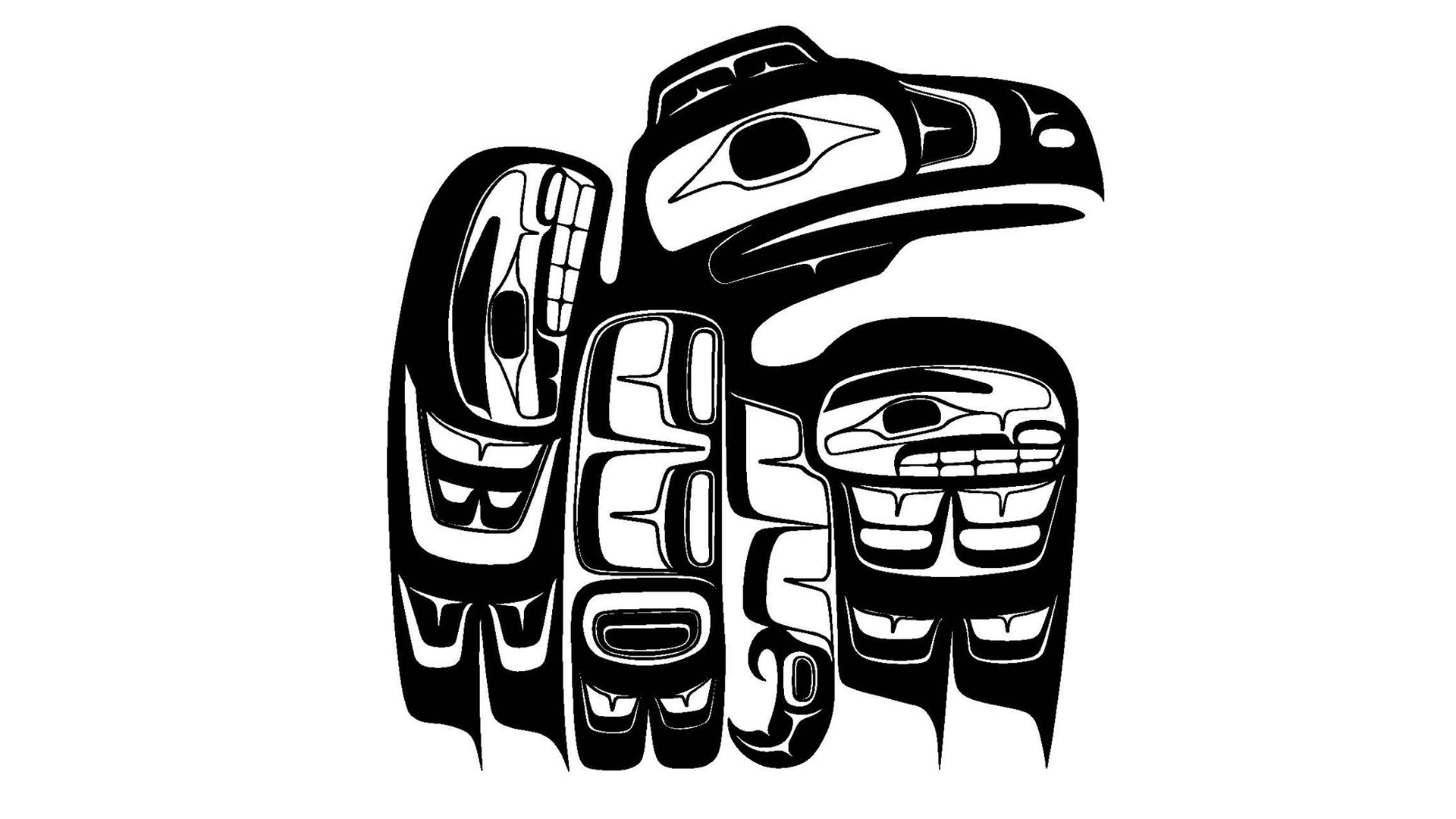 Known as the trickster, transformer and creator, Yáahl shapes itself and the world around it with spontaneous aplomb, often creating mischief. Ravens love shiny things. 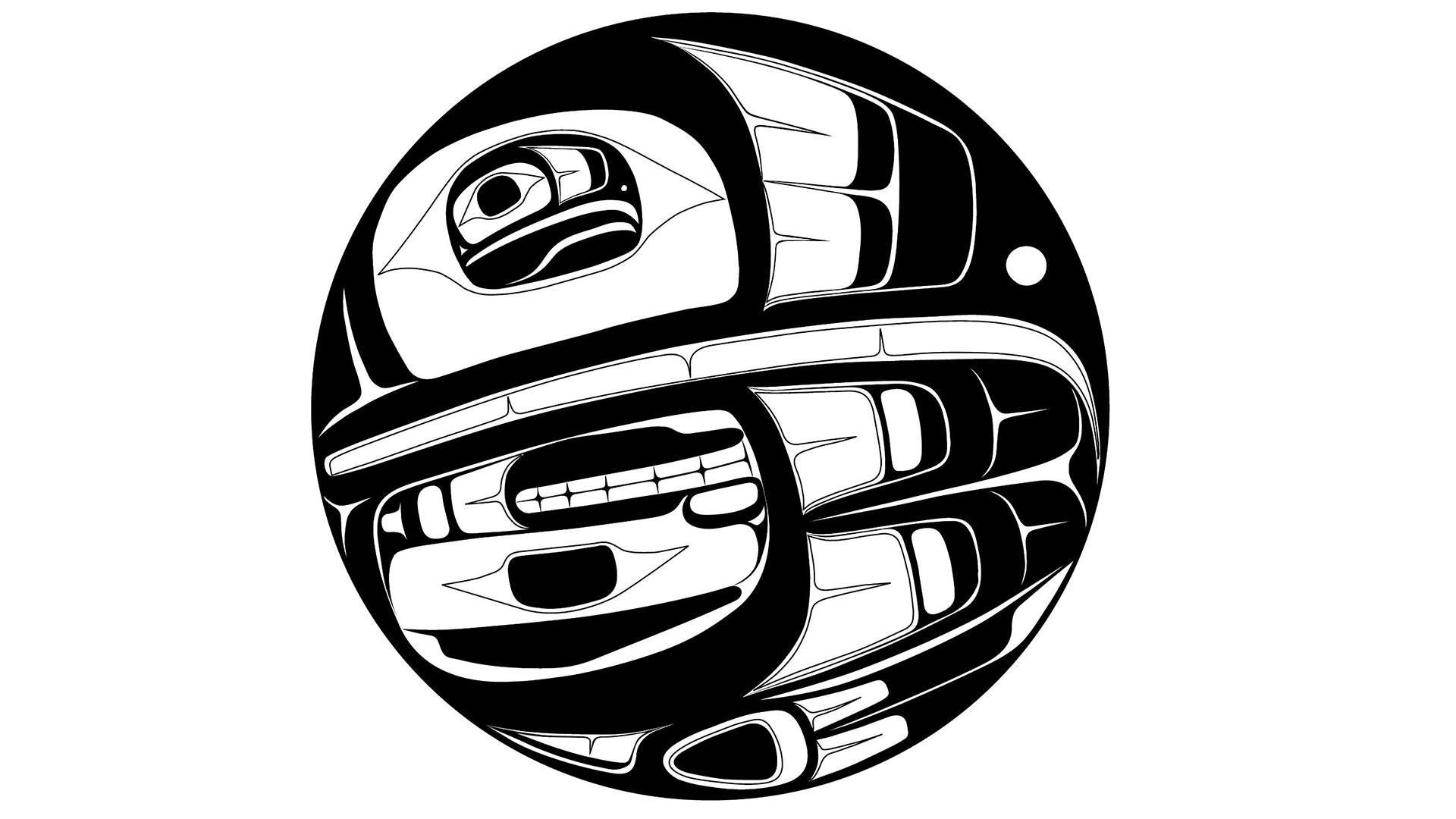 Known as a spiritual guide that provides connection to a higher realm, Guud represents strength of character, courage and healing power. Eagles mate for life and are fiercely loyal. 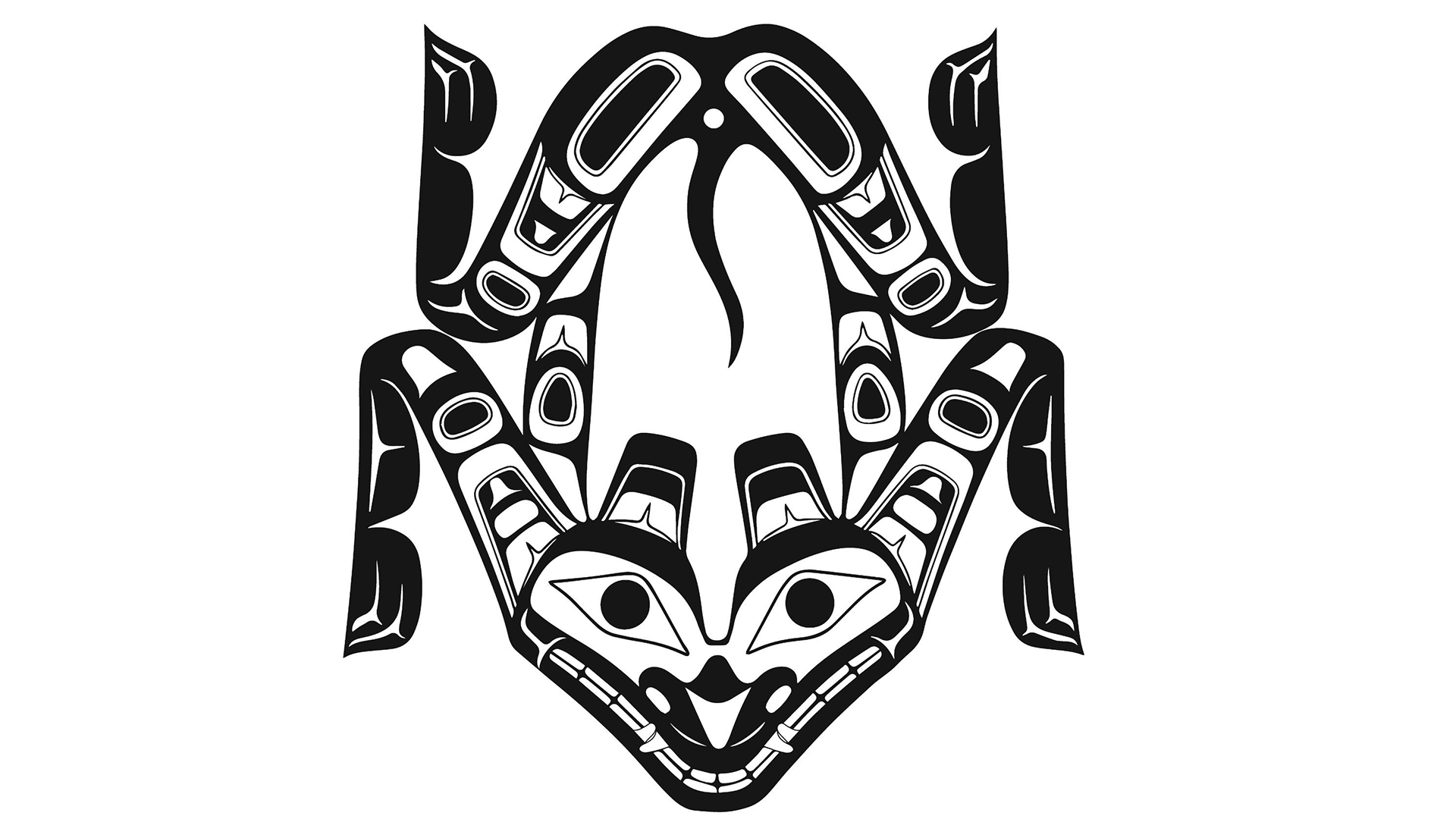 Known for intelligence, leadership and a strong sense of family values, Guuj is a great team player and mates for life.  G̱úuj symbolizes perseverance, intuition and success . 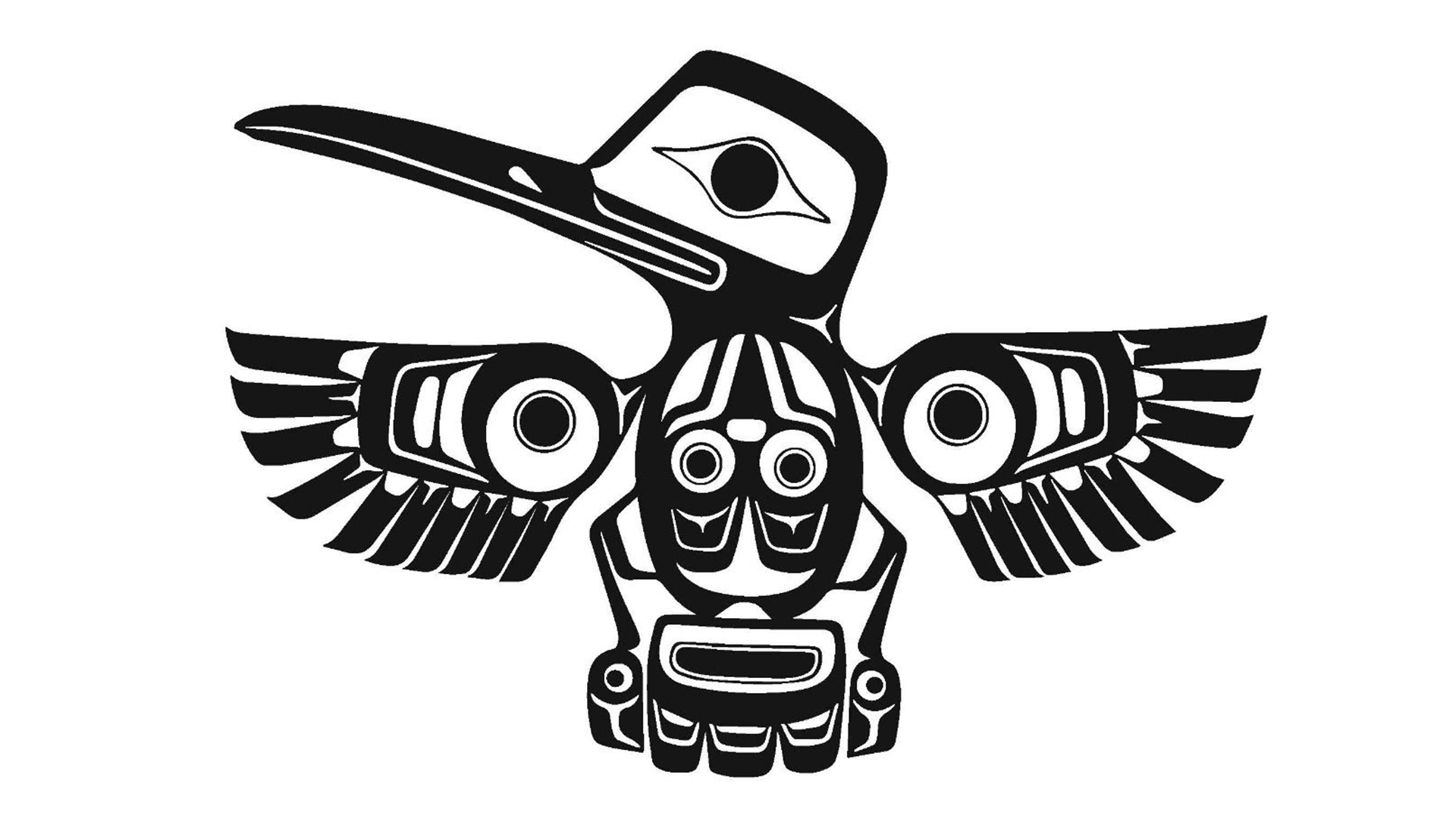 The Hummingbird is the messenger of joy.  Known for its fortitude and ability to overcome great obstacles, Dakdakdíiyáa symbolizes the spirit of metamorphosis, peace, healing and love. 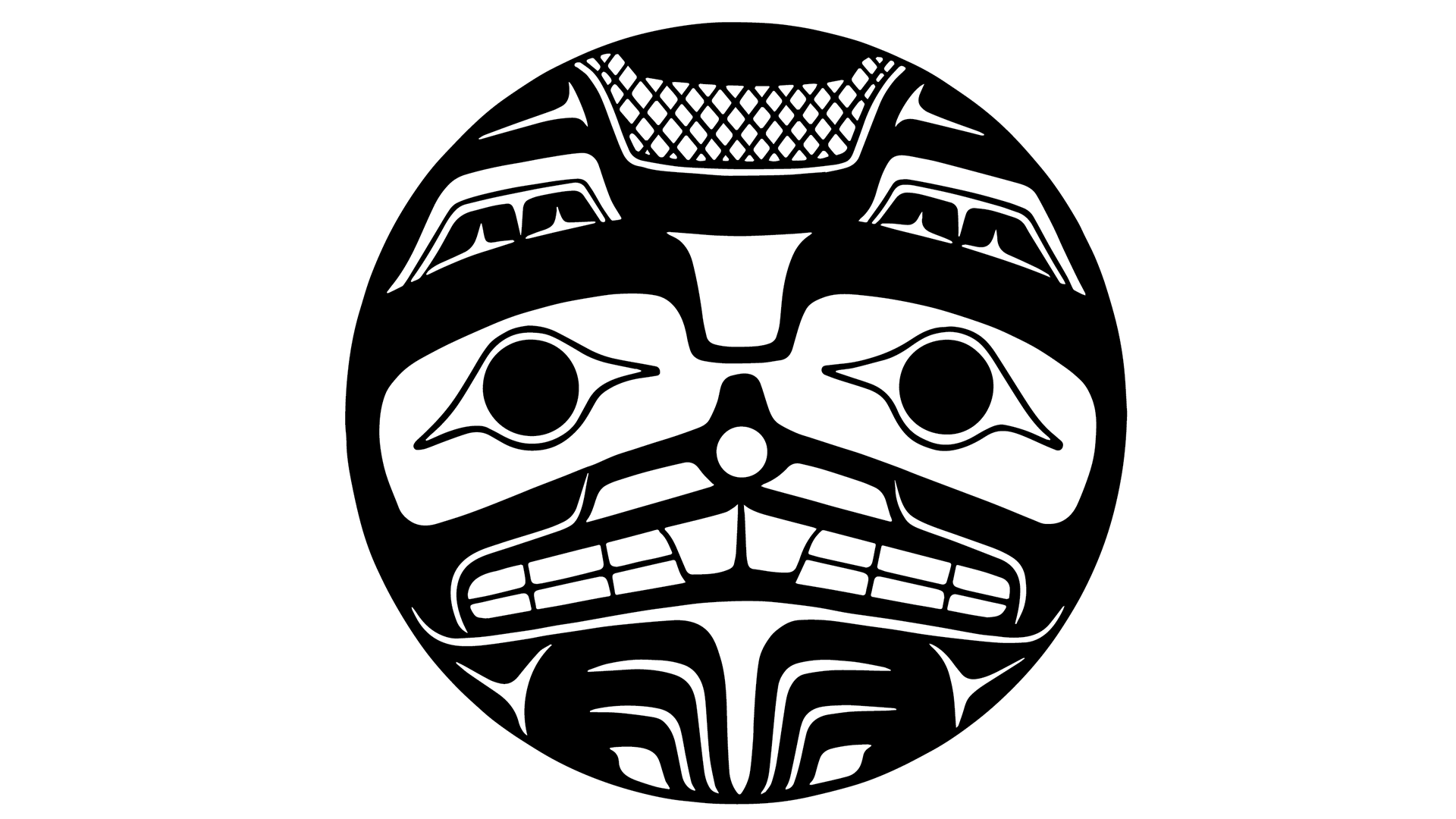 Ts’ing are determined builders of the mind, body and soul. A hard worker, they symbolize creativity, cooperation, persistence and harmony. 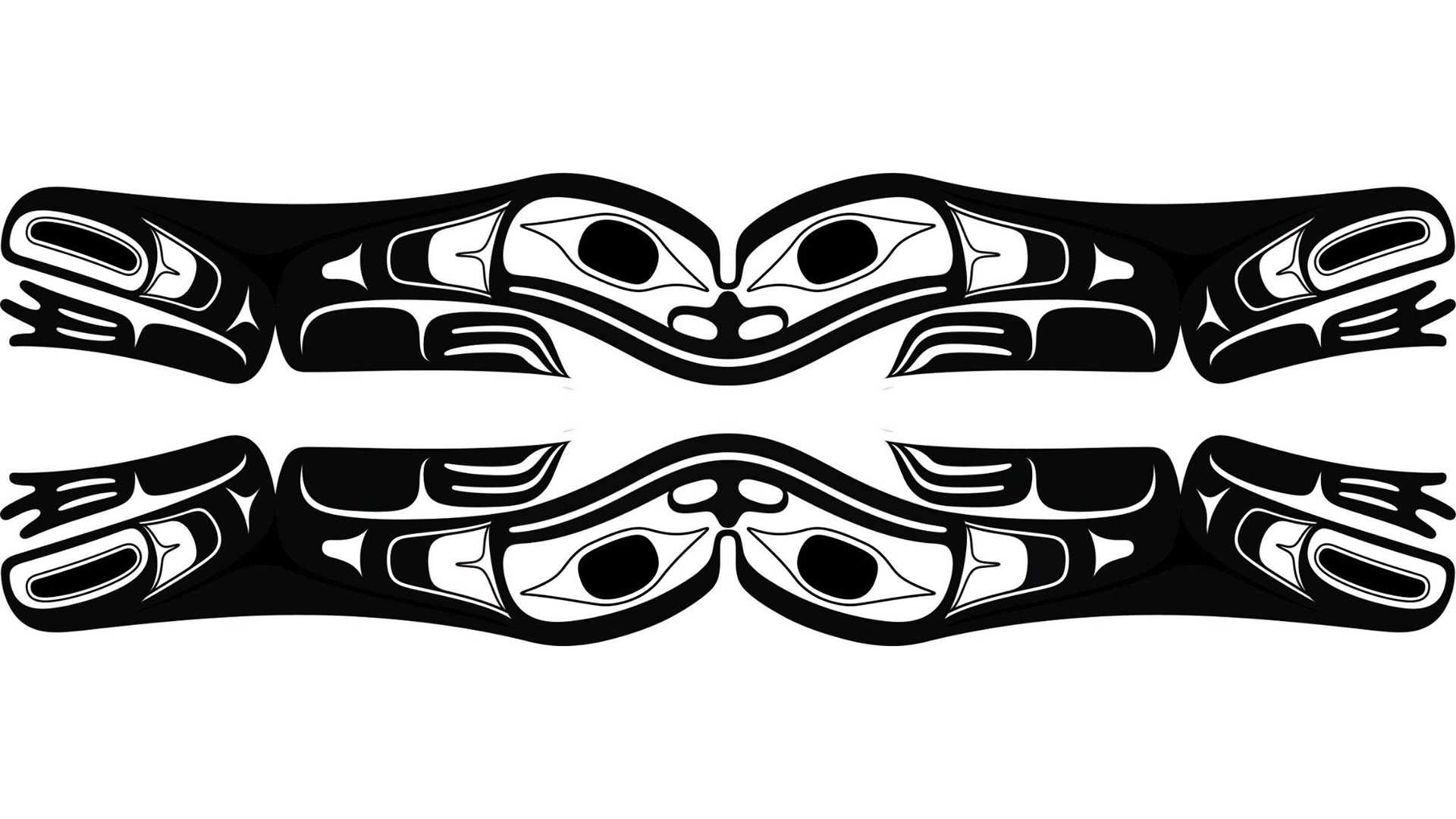 Hlḵ’yáan ḵ’úst’aan  is the voice of the people, symbolizing openness, stability and superior communication. It represents great wealth. 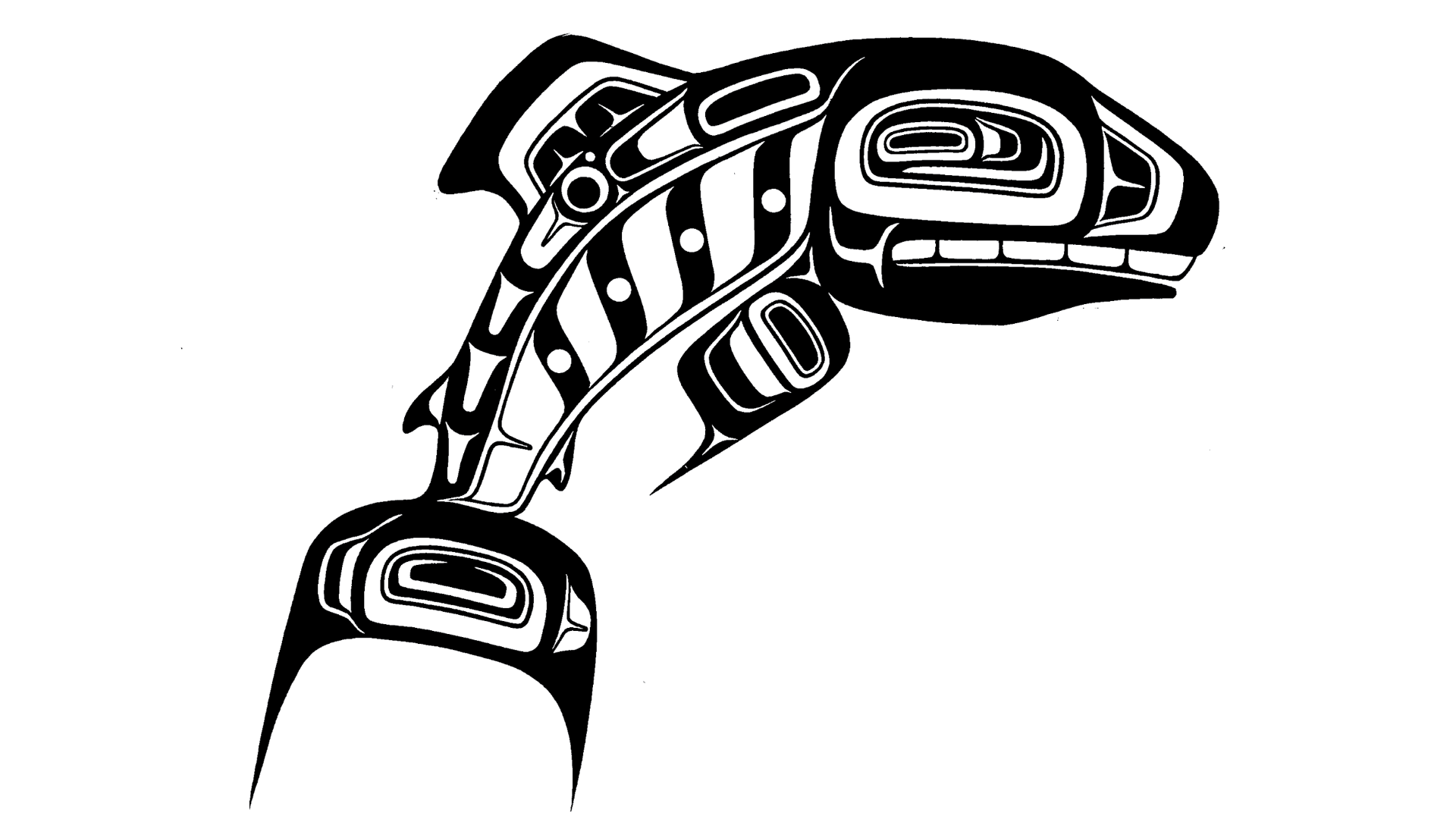 Tsiin is the provider of life.  Bringing the riches of the sea to spawning rivers, Salmon symbolizes prosperity, fertility, abundance, renewal and good luck.